You are using a browser that is no longer supported for this website.
Please use the latest version of Chrome, Firefox, Edge or Safari.

May 2019: Complications arose during a routine surgery of the mitral valve. After the procedure, the heart of 42-year-old Matthias is no longer capable of pumping enough blood on its own - the doctors aren’t able to wean Matthias from the heart-lung machine. It’s a life-threatening situation. The prognosis isn’t good. Matthias will need a heart transplant. Implantable continuous-flow systems only approved for left ventricular support were not an option for Matthias, because neither side of his heart was capable of pumping sufficient blood through his body. The paracorporeal, pulsatile EXCOR Adult system, especially designed and approved for biventricular circulatory support, is the only option for keeping Matthias alive while he waits for a donor heart. The operation is a success, and Matthias’ condition begins improving shortly thereafter. After just a few days, he can be mobilized and leave the hospital using a mobile EXCOR system*. Matthias quickly got used to the system - so much so, in fact, that he started working again in September 2019. 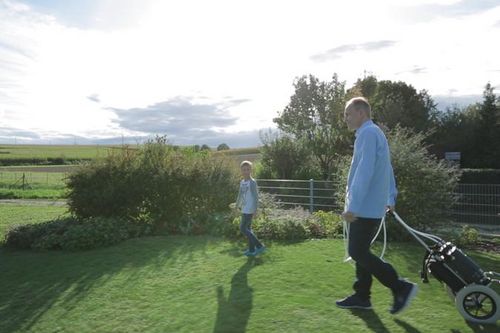 Forgot Password? Register
This website uses cookies to provide you with an optimal user experience. By continuing to surf our site you consent to this use. For further information please refer to our data privacy statement.